A central part of their strategy is the concept of ‘always-on’ AR, designed to delight customers and deliver continued high-quality value-added immersive experiences for users by maximising their impressive range of brand partnerships. The consistency of activations establishes a strong relationship with customers, rewarding regular app usage as well as store visits and, crucially, ensuring it is never considered a novelty feature. For the Fall Football campaign, the goal has remained the same: to drive interest towards 7-Eleven’s partners’ products via engaging experiences, as well as driving sales in-store via 7Rewards points. The Fall Football activity continued the ongoing success of their ‘always-on’ AR campaign, which included activations for Pepsi, Dr. Pepper, Doritos, Red Bull, Reese’s, BODYARMOR and the Deadpool 2 franchise, all having a major impact on app downloads. By June 2019, the app had over ten million engagements across 30+ mini-games. The key was to continue this success, by ensuring that users kept returning to the app whilst also attracting new customers by targeting different markets – in this case football fans.

Strategy-wise, the team wanted to create a timely experience that capitalised on a major social event, to draw interested users to the 7Rewards app. The retailer wanted to keep users engaged with the app, thus incentivising customers to visit their retail locations to spend their 7Rewards points.

Fall Football launched to celebrate the start of the NFLs sporting season, under the theme ‘Get Game Day Ready.’ The campaign featured a virtual avatar of Dallas Cowboys quarterback and 7-Eleven brand ambassador Dak Prescott, created via an innovative digital full-body scan. The virtual Dak featured in many of the mini-games as well as guiding customers through the experiences. By using immersive technology and the notion of football celebrity, the app was able to tap into an emotive time for fans of the game.

The campaign included several AR activations that rolled out between September and November, including:

— A re-design of the app menu to incorporate AR elements, where Dak Prescott speaks to the player;
— An AR field goal challenge, where players kick footballs through goal posts placed in the real world;
— A photo feature, where fans can take a selfie with virtual Dak.
— A mini-game where fans customise the look and end zone dance moves of their avatar
— A trick-shot game where players help Dak Prescott shoot and knock over branded bottles. To encourage gameplay, a virtual Dak Prescott appeared in the app to introduce the new games, activities, and awesome selfie features available throughout the season. Along with Dak’s celebrity, mini-games that allowed photos or videos to be shared on social media also helped to drive additional interest in the app, resulting in more users over time. It also incentivised players to keep returning to the app to discover new mini-games as they were released.

The app benefitted from the AR implementation, immersing customers in the 7Rewards app as they engaged with the games and collected 7Reward points. Innovation-wise, AR kept users interested and playing consistently. By making the content fun and engaging, users were incentivised to return to the app and collect further points that could be spent in 7-Eleven stores.

The Fall Football Campaign successfully brought new customers to the 7Rewards app and converted users into retail footfall. Across all five mini-games, the app had:

The key takeaway from is that consistent updates via engaging immersive AR experiences helps to form a tight bond with customers, creating a positive relationship that works over multiple years to drive trips and transactions.

“7-Eleven is customer-obsessed, constantly delivering unique and exciting experiences for customers,” said Sr. Director of Digital Product Management, Sajjad Khan, “We wanted to push what’s possible with AR, creating a timely campaign that surprised and delighted our consumer base. Our Fall Football promotion has been one of our most popular campaigns ever, and over 35 million 7Rewards members can take advantage of the fun and value the AR games offer. We look forward to providing customers with even more experiences of the future as we continue to innovate, research and develop.”

Learn to differentiate between these 3 technologies with our simple guide!

With the constant advancement of hardware and software, immersive reality technologies such as augmented reality (AR), virtual reality (VR), and mixed reality (MR) that we constantly hear about, are also evolving by the day. During an interview with Apple CEO Tim Cook, he said that AR is “a big idea like the smartphone.” It is definitely plausible that these technologies may one day become as integrated into our lives, as the smartphones in our hands.

So, what exactly is AR, VR, and MR? How does one differentiate between these technologies? And how are they affecting our lives? Augmented reality uses a camera to take in the real-world environment, combining it with image recognition and positioning technology, layering virtual enhancement objects such as graphics, audio, and digital information into the real-world that we live in. This way, users can simultaneously see the real-world, as well as the projected virtual objects.

Taking the example of Pokémon GO, where random Pokémon suddenly appears right in front of players’ eyes. The Pokémon in this case, is the virtual object, generated by the program. Thus, AR is the surrounding environment we see right in front of our eyes, and the virtual Pokémon shown on the mobile screen at the same time, in real-time. Mixed reality generally involves hardware in the form of a head-mounted display (HMD). But in this case, users can still see the real-world surrounding areas, with virtual objects appearing in the environment. MR emphasizes on the integration of real-world elements that is the core of AR, with the immersion and virtual interaction elements that make up VR, presenting the best of both worlds, perfectly integrated in one compact solution.

Looking at the above example of the Dragon Battling MR game, players wearing a head-mounted display sees a flying dragon in their surrounding environment. Using gestures or a controller, players launch magic attacks on the dragon, and run around to avoid the flames shooting from the dragon’s mouth. In a truly integrated environment, the real and virtual world are tightly wound together, making it difficult to distinguish one from the other.

How to distinguish between AR, VR, and MR

To summarize the above definitions of augmented reality, virtual reality, and mixed reality, the simplest difference is that with AR and MR, the real-world environment is still visible during the experience, whereas you cannot see your surrounding environment during a VR experience; whereas MR is a combination of AR and VR, with emphasis on a more immersive AR experience, paired with the immersion and interactivity of a VR experience.

Recent developments and challenges of AR, VR, and MR

Since the introduction of AR technology, this stubborn issue revolving around “how to affix the virtual object in the real-world” has always been around, because only through a stable positioning, do we truly have that feeling of a fully integrated virtual and real world. Presently, one of the more stable positioning technologies is mainly image recognition, and other positioning algorithms such as facial recognition, SLAM (simultaneous localization and mapping), indoor positioning are still in the continuous process of being developed and updated.

As head-mounted displays play an integral role in VR, the biggest issue is the weight and comfort of the head-mounted display. Think about it, no one wants to continuously wear a bulky, heavy helmet just to escape into the virtual world for a short while. Only through reducing the weight and optimizing the comfort levels of the gear, can the use time be extended, allowing users to experience a more comfortable and enjoyable journey into the virtual world.

As MR combines the characteristics of both AR and VR technology, it isn’t hard to imagine the challenges faced in the application of MR technology in real-world solutions. However, we are confident that over time, as AR and VR overcome these prevailing issues, MR can be integrated with many current technologies, providing a new type of immersive reality experience for the general public.

In terms of use cases, AR is the more popular choice among the three, mainly used for commercial purposes, but also in branding, gaming, navigation, and so on. Using AR to enhance the real-world surroundings, step into a time machine and watch as the history of these surrounding areas unfurl right in front of your eyes.

Presently, VR is mostly used in games and training simulations. In the case of training simulations, reduce time taken for practicing, avoid the dangers of hands-on training, and save on expensive equipment and training costs – all you need is a head-mounted display. After practicing in the virtual environment, seamlessly carry out duties by performing a test in real life. It is as simple as that.

MR is still in the adoption phase, as it requires a higher cost of hardware, development, and application, as well as a more complicated systemic process, which results in fewer applications of MR technologies in the general market. However, international companies like Microsoft and Magic Leap have introduced a lot of plans for the future. We are hopeful that MR will be widely accepted by the general public in the near future.

The future of immersive reality technology Whether it be AR, VR, MR, or other emerging technology, the singular most important challenge is how the technologies are applied. Remember, back in the days when smartphones were just introduced. How could we have imagined that all major and minor parts of our daily life such as messaging, shopping, learning, transportation, news, and many others, can be easily done with just a few taps on our smartphones. The same applies for these emerging technologies. We are looking forward to see how they can be integrated into our lives.

As technology constantly evolves, what kind of vision do you have for the future? 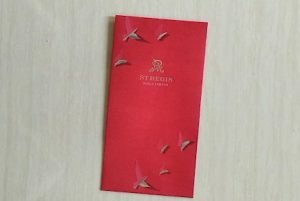 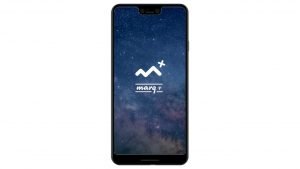